Yokohama Municipal Subway is a rapid transit railway network with just two subway lines: the Blue Line which runs north to south, and the Green Line which runs west to east. These two lines are connected at Center-Minami Station and Center-Kita Station. 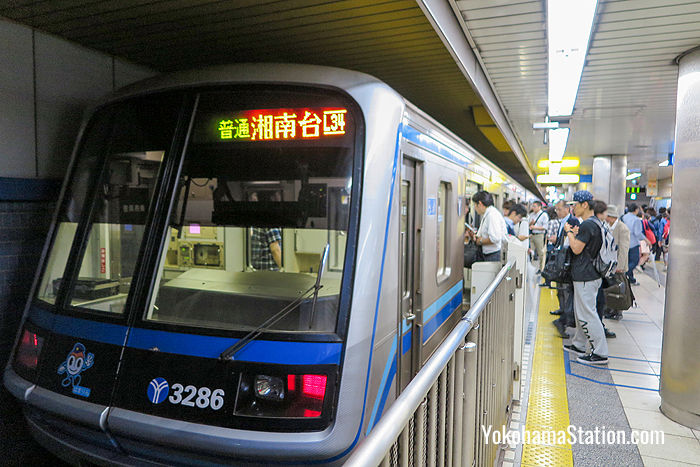 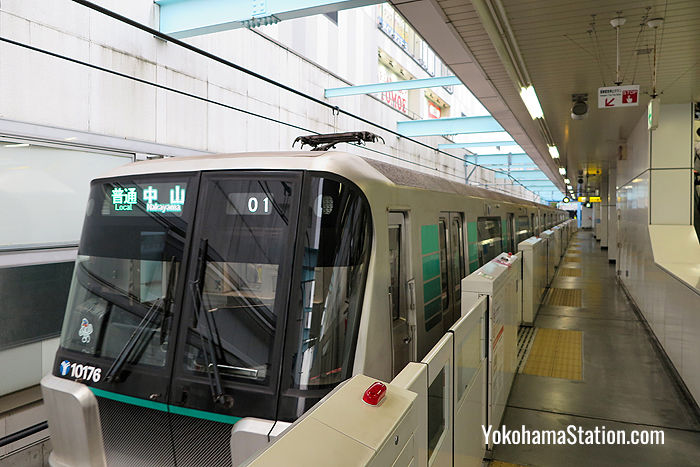 A Green Line train at Center-Minami Station. Platform screen doors are installed on all platforms to ensure passenger safety

The Green Line runs between Nakayama Station in the west and Hiyoshi Station in the east. This line runs mainly through residential areas. However, there are some locations of interest along the route such as Yokohama Municipal Zoo which can be reached via Nakayama Station, and Yokohama International Swimming Pool which is located near Kita-Yamata Station. Yokohama History Museum and some other historical attractions are located close to Center-Kita Station which is served by both the Green and Blue lines. For full details of the Green Line’s key destinations see our Green Line article. 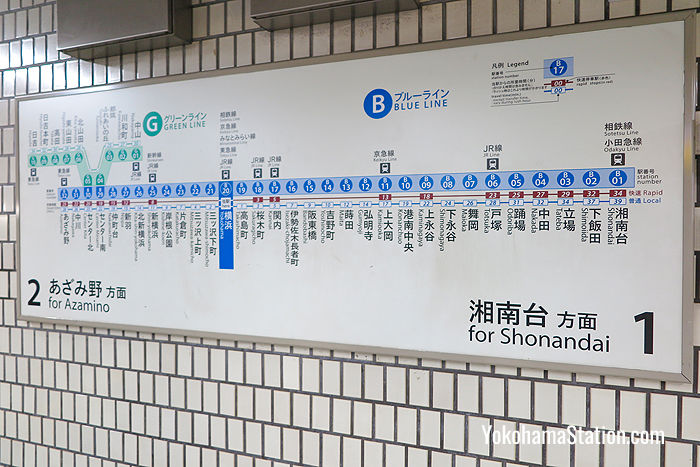 Platform signage on the Blue Line at Yokohama Station

The base fare is 210 yen for adults for the first 3 kilometers. Child fares are half the price of adult fares.
Yokohama Municipal Subway also accepts rechargeable prepaid IC cards such as PASMO or SUICA. The two main advantages of these cards are that the fare is slightly cheaper than for regular tickets, and you don’t need to spend time buying tickets at each station. Simply hold your card against the card reader at the ticket gate and walk right through. 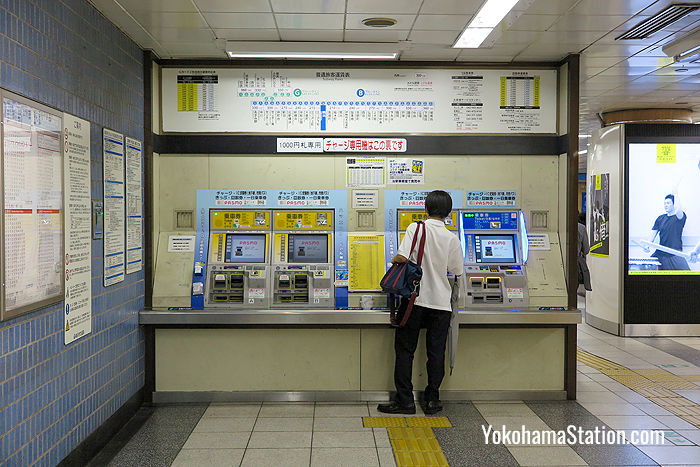 Ticket machines are located beside the ticket gates at all subway stations. These machines can be used to buy regular tickets, one-day discount passes, and PASMO cards. They can also be used to top up the credit on your PASMO card. 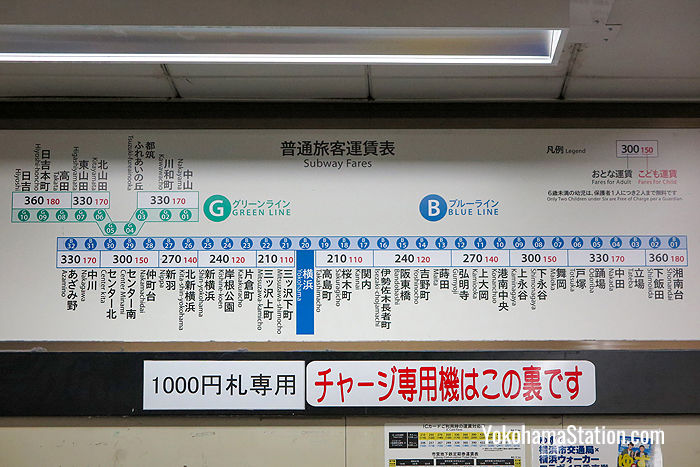 A fare table at Yokohama Station

Above the machines are fare tables showing all the stations on both lines in both Japanese and English. 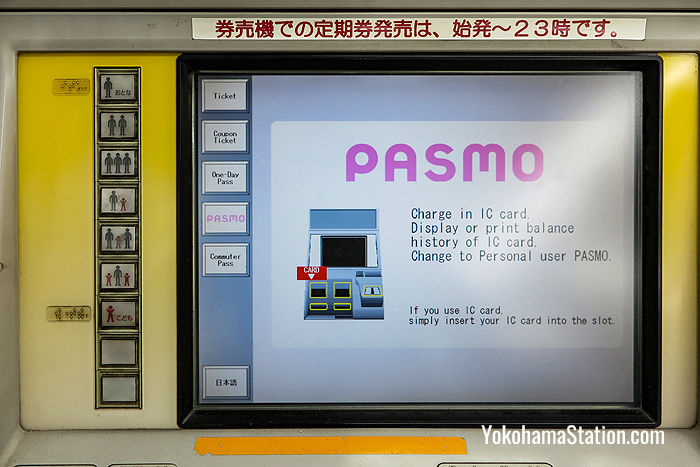 The ticket machines are easily operated by a touch screen and have English language guidance. To buy a ticket, simply press the “Ticket” button at the top left of the screen, choose the appropriate fare, and insert your money into the coin slot. The machines accept 1,000, 2,000, 5,000, and 10,000 yen notes as well as coins. Buttons at the far left also give options for multiple tickets and tickets for children.

Several stations on the Blue Line provide connections with other rail services.

At Shin-Yokohama Station you can transfer to the Tokaido Shinkansen for intercity destinations such as Tokyo, Nagoya, Kyoto, and Osaka. This station also serves the JR Yokohama Line.

At both Sakuragicho Station and Kannai Station transfers can be made to the JR Negishi Line.

At Kami-Ooka Station you can transfer to the Keikyu Main Line.

At Shonandai Station transfers can be made to the Odakyu Enoshima Line and the Sotetsu Izumino Line.

The Green Line is a shorter railway line with fewer connections. At Nakayama Station passengers can transfer to the JR Yokohama Line and at Hiyoshi Station transfers can be made to the Tokyu Toyoko Line and Tokyu Meguro Line.

For more detailed information about Yokohama Municipal Subway and Bus services visit Yokohama City’s official website where you can also find a route map of the subway system. To quickly look up train times and fares, use English language route finders like Hyperdia or the Japan Transit Planner.