Osanbashi is a pier used as Yokohama’s official international port of entry for visiting luxury cruise liners. However, because of its innovative architectural design, this pier has also become one of Yokohama’s well-known sightseeing spots. In particular, Osanbashi’s rooftop boardwalk is popular for the wonderful views it offers over the Yokohama coastline. 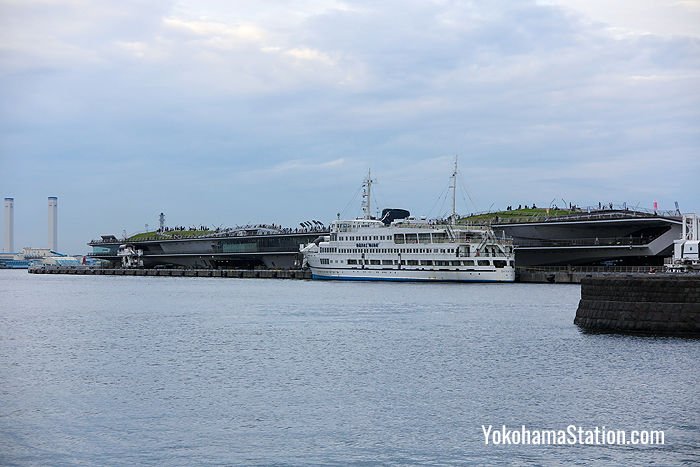 A ship docked at the Osanbashi pier

Osanbashi was first built as a steel structure in 1894 and is Japan’s oldest pier. It has been rebuilt several times since then. However, in the 1990s an increase in large cruise ships visiting Yokohama made a much bigger pier necessary. A global competition was held for the best pier design in 1995 and out of 660 entries the celebrated architects Alejandro Zaera-Polo and Farshid Moussavi of Foreign Office Architects (FOA) won the project. The dynamic 430-meter-long structure that they designed was not completed until 2002, but when it opened it was an immediate hit with the public and won many international architectural awards. 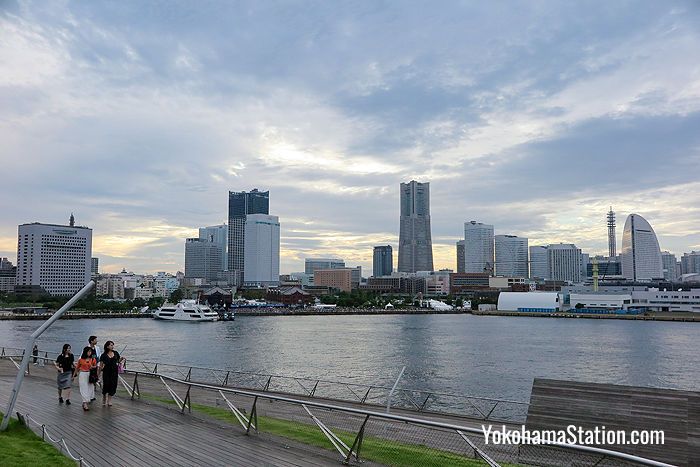 The rooftop view of Minato Mirai 21 from Osanbashi

Osanbashi not only fulfills the practical function of an international cruise ship terminal, but its low-lying form blends in well with Yokohama’s coastal cityscape. The rooftop area with its grassy lawns and wooden walkways is also an attractive public space. The pier is constructed of sturdy concrete and steel, but covered in wooden planking that gives it a comforting appearance. The wooden ramps and sloping floors rise and fall like waves forming smooth organic pathways that link the exterior and interior levels. 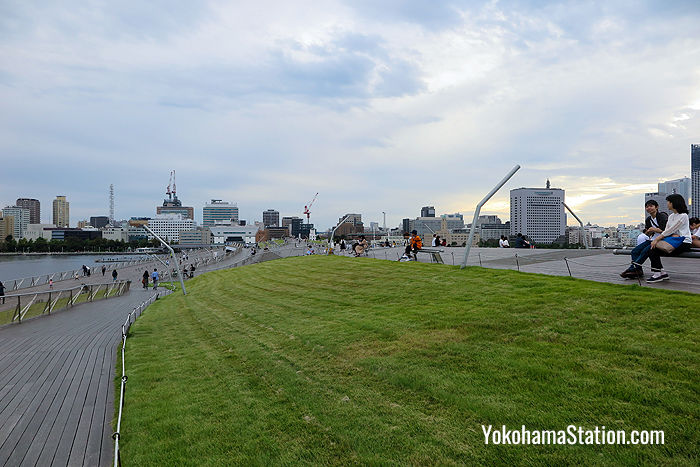 Grass and a wooden boardwalk create a pleasant rooftop park

The pier has three levels. The first floor is a parking lot. On the second floor is the international passenger terminal. Above the 2nd floor is a rooftop observation deck and promenade with grassy lawns. Let’s take a look at the pier’s main areas. 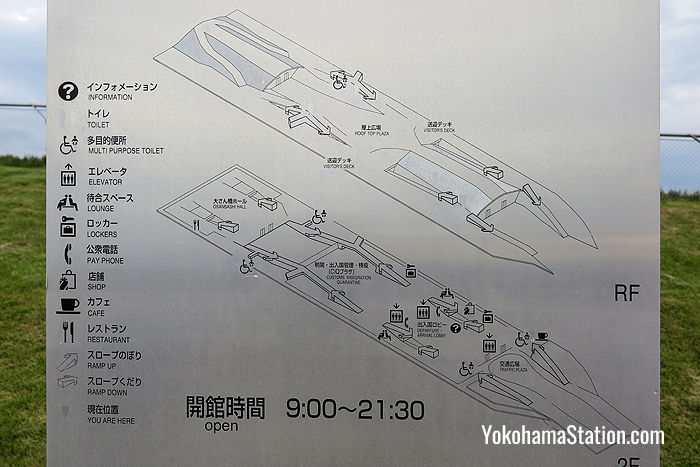 An on-site map of the facilities

On the second floor you will find the Immigration Lobby for departures, arrivals and ticketing; CIQ Plaza (Customs, Immigration & Quarantine); and Osanbashi Hall. 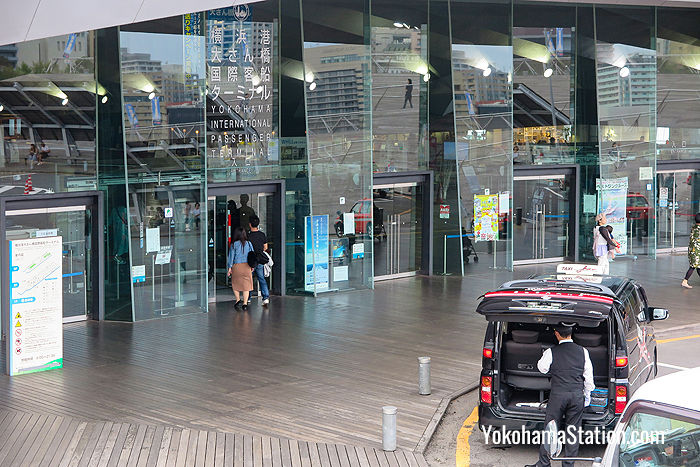 The entrance to Yokohama Passenger Terminal

There is a Tourist Information Center here and baggage lockers can be found on this floor. 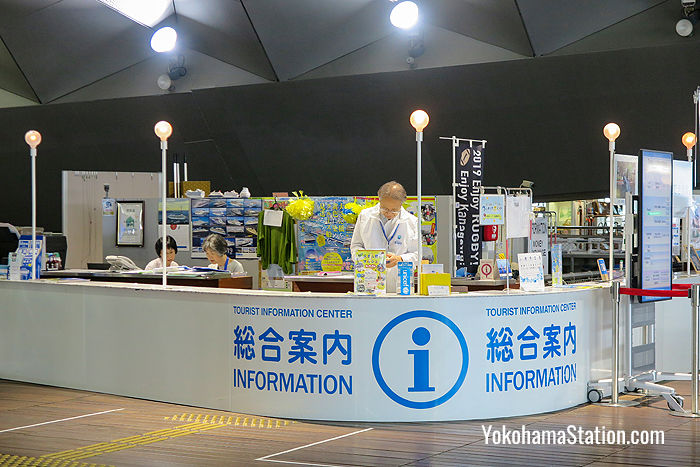 There are also a number of shops, restaurants and cafes and free-use waiting areas located on this floor, especially in the area around the Immigration lobby. 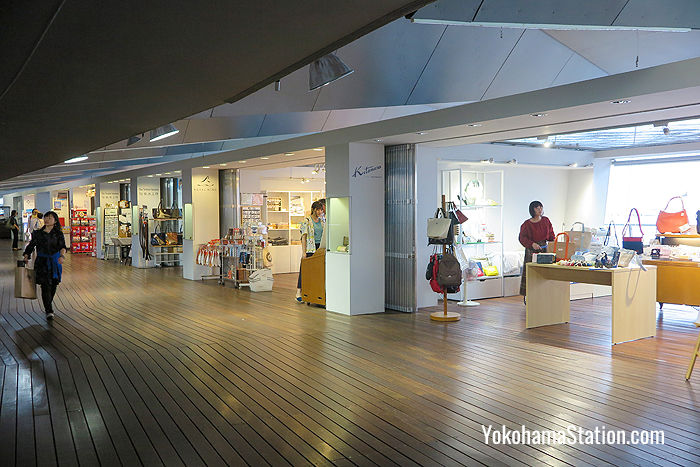 Shops in the passenger terminal

Osanbashi Hall at the far end of the 2nd floor area is a mixed-use event space. 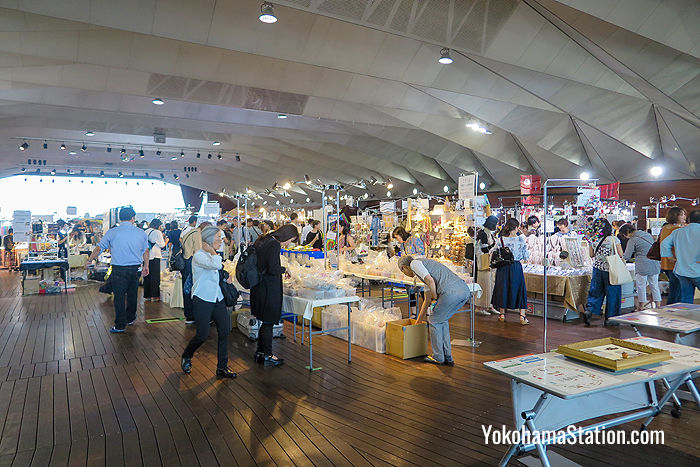 A temporary market in Osanbashi Hall

The rooftop is a public space which is nicknamed Kujira no Senaka or “Whale’s Back” because of its curved shape. 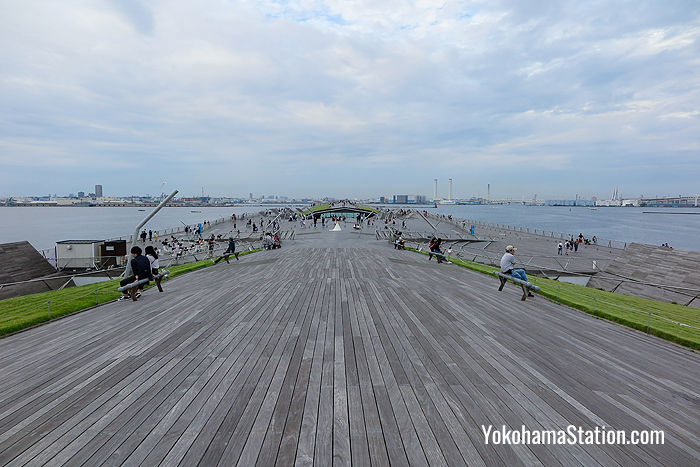 On the Whale’s Back

On the north side of the pier you can get a clear view of Minato Mirai 21. 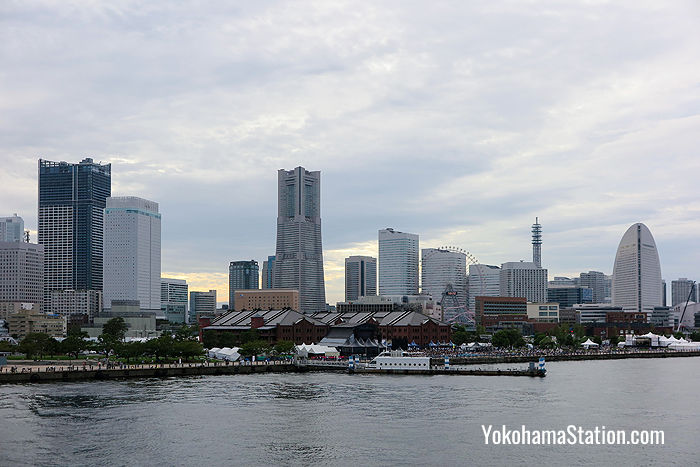 To the south you can see Yamashita Park, the Hikawa Maru, and Yokohama Marine Tower. These views are also popular at night. 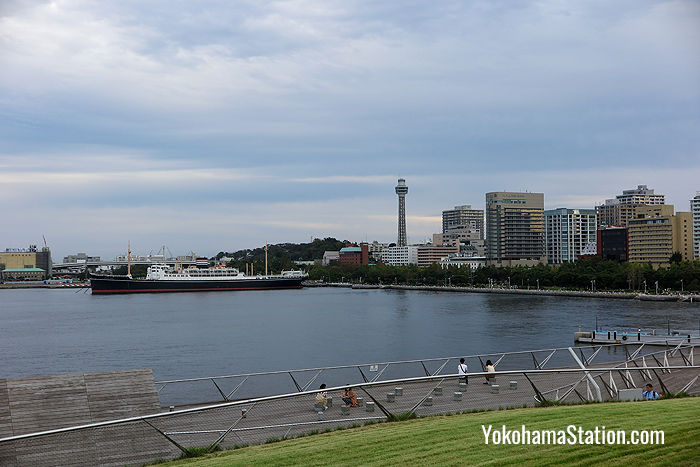 The south view of Yamashita Park

The rooftop’s striking appearance has also made it popular for both fashion and wedding photographers. 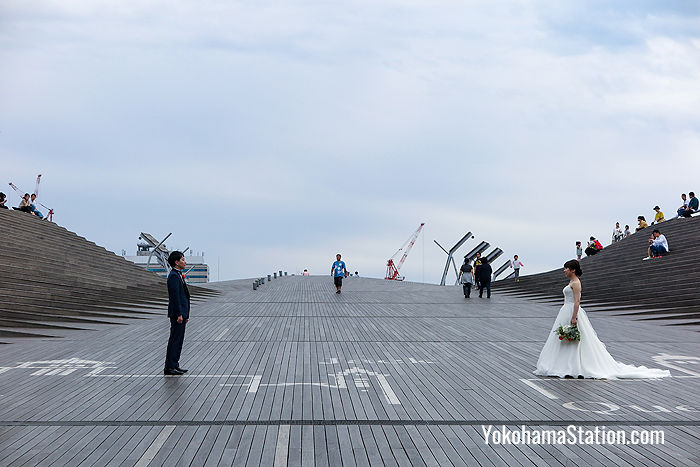 A couple have their wedding photos taken on the roof

In the center of the roof, it slopes down to the Rooftop Square which can be used for events and this connects directly to the Osanbashi Hall on the 2nd floor. The tiered shape of the square here forms a natural arena with seating on either side. 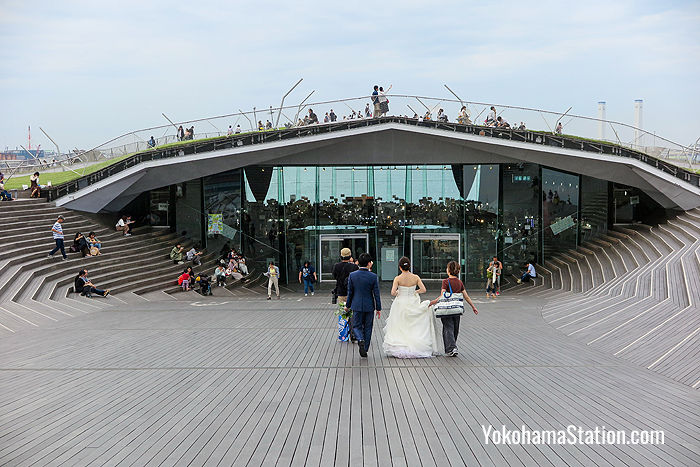 You can also find a café serving takeaway drinks on the roof. 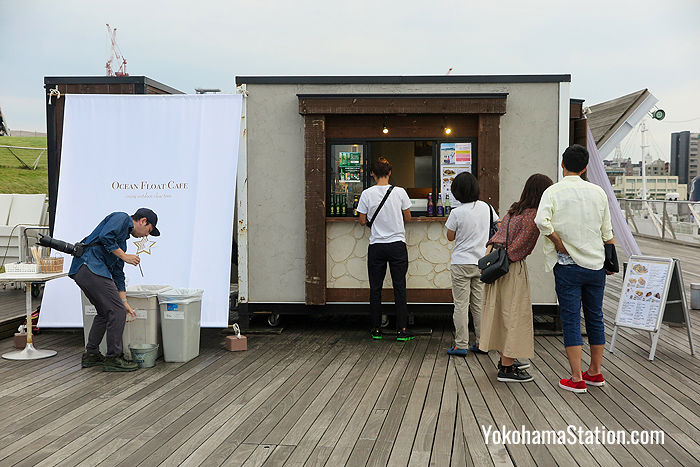 And then just sit back and enjoy the view. 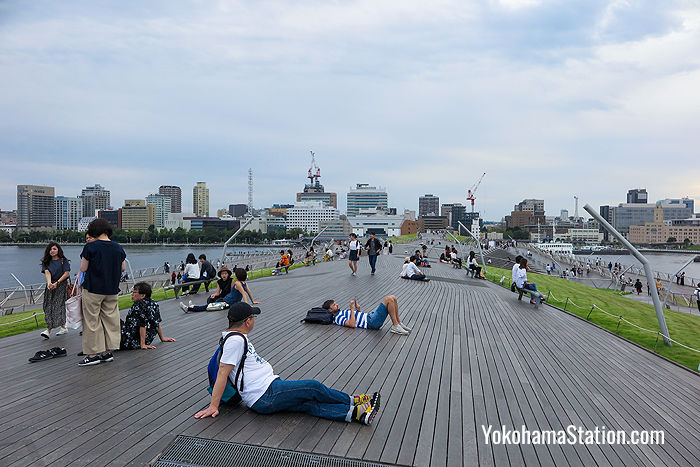 Rooftop relaxation at the Osanbashi Pier

Osanbashi is linked directly to the Minato Mirai 21 district in the north and Yamashita Park to the south by a pleasant pedestrian boardwalk called the Yamashita Rinkosen Promenade. The nearest station to Osanbashi is Nihon-Odori Station on the Minatomirai Subway Line. It is just a 7 minute walk away.