Yamashita Park is a large seaside park on Yokohama Port. This is a pleasant public recreation area with lawns, benches, flower beds, a rose garden, a waterfront walkway, and a fountain. There are also a number of monuments and memorials dotted throughout the park, as well as some nearby tourist attractions. The park was first opened in 1930 as part of the city’s reconstruction and recovery after the Great Kanto Earthquake in 1923. 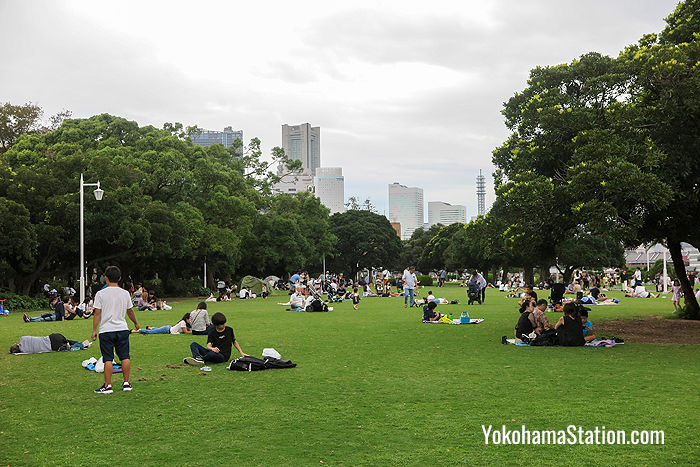 Below are some of the sights and facilities you can find in Yamashita Park. 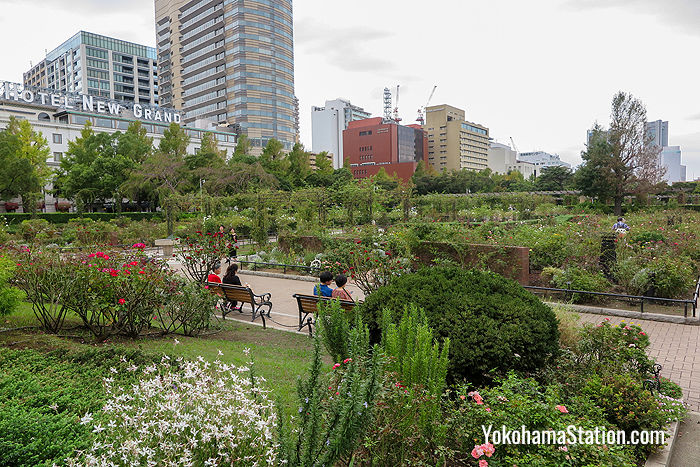 Flowers are abundant in Yamashita Park

At the north-western end of the park are public restrooms and a large convenience store where you can pick up snacks and drinks if you forgot to pack a picnic. Directly in front of this store is an open space where you might see some street performers on the weekend. 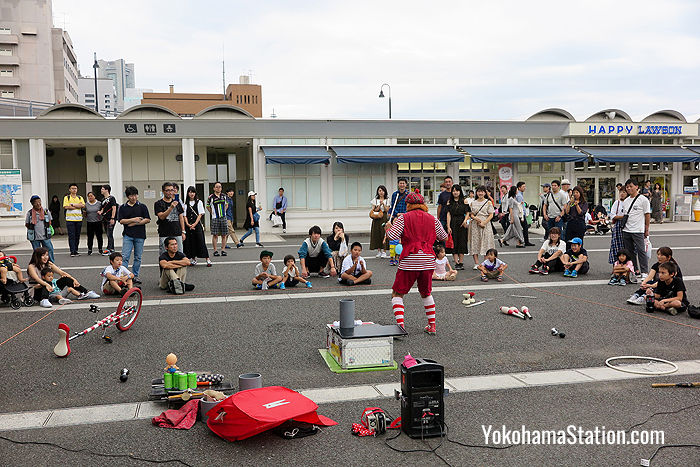 Not far from the convenience store is the green domed Indian Water Tower. 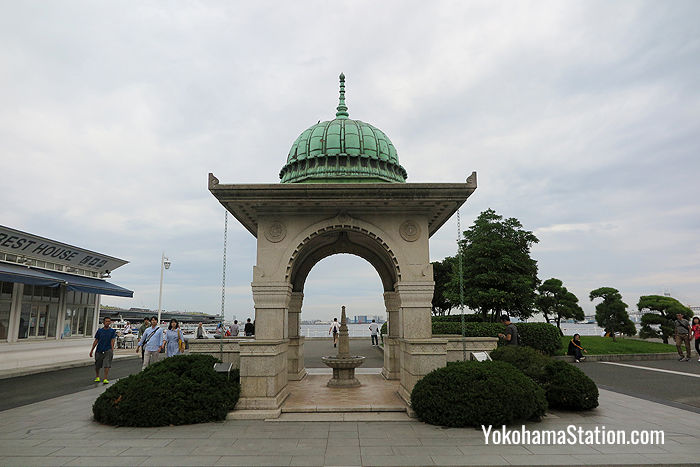 This drinking fountain was donated by the Indian community of Yokohama in memory of their countrymen who died in the Great Kanto Earthquake in 1923 and also partly in thanks to Yokohama City for the relief efforts that helped the survivors. It is worth stepping inside the tower to see the beautiful mosaic on the interior ceiling. 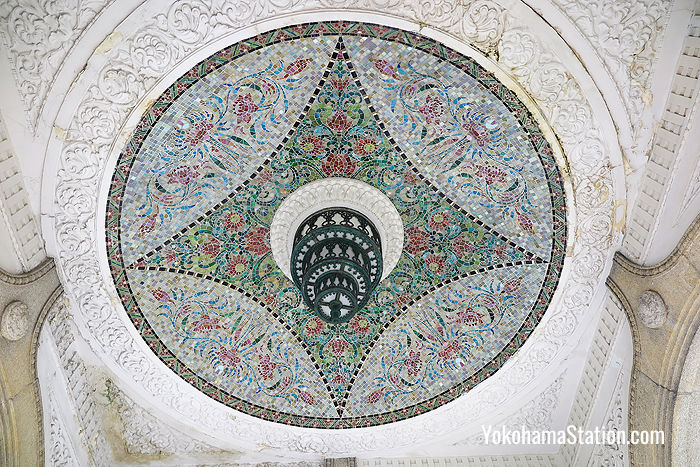 The mosaic inside the Indian Water Tower

A long waterfront walkway runs along the side of the park for much of its length. 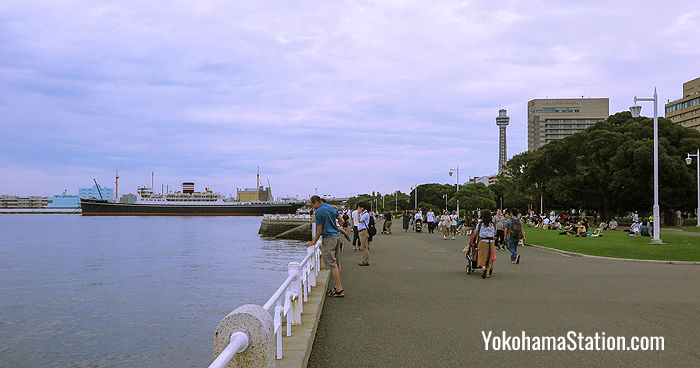 Follow the walkway and you will come to the statue of The Little Girl with Red Shoes On. 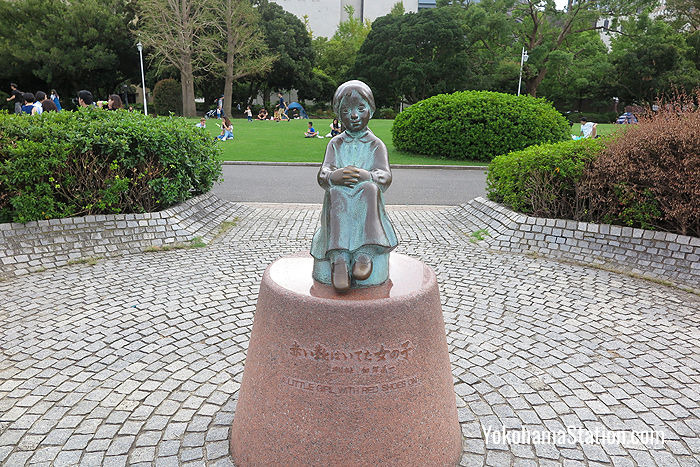 The Little Girl with Red Shoes On

This is a monument to a famous nursery rhyme, Akai Kutsu or “Red Shoes” which was written by the poet Noguchi Ujo in 1922. The song tells of a little girl with red shoes who is being taken from Yokohama to live overseas. 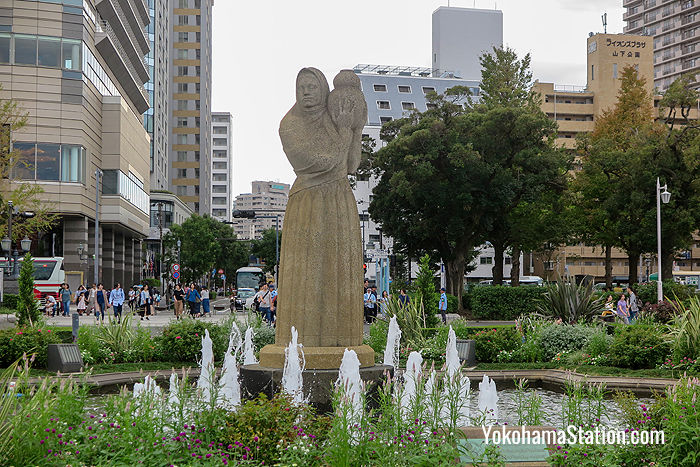 The Guardian of Water

In the center of the park is The Guardian of Water, a fountain and statue which was donated by the people of San Diego in 1960. This statue by Donal Hord is identical to another Guardian of Water statue which stands in front of the San Diego County Administration Center in California. Yokohama and San Diego are sister cities and there is another monument to this relationship nearby. 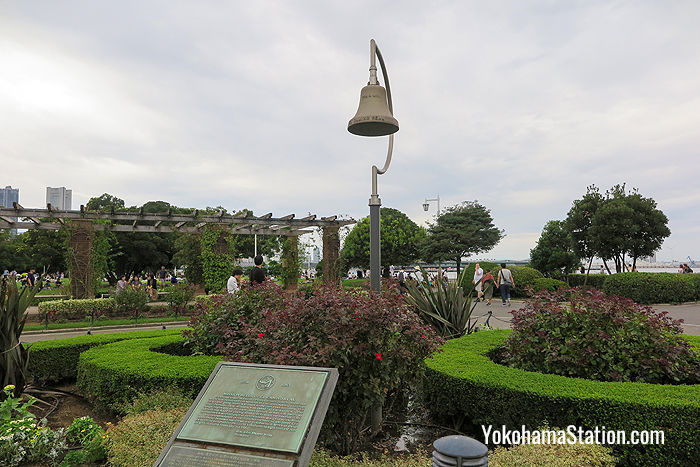 The bell above is another gift from San Diego erected in 1983 to celebrate the 25th anniversary of the sister city relationship. 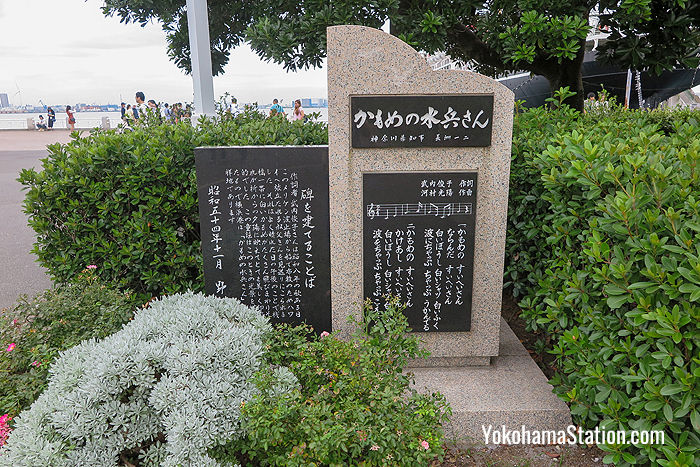 A monument to a song, Kamome no Suihei-san

Also in this area is a monument to a popular song called Kamome no Suihei-san or “Mr Seagull Sailor-man”. The writer Takeuchi Toshiko was inspired to write this song after seeing a relative off at Yokohama Port when she saw a large number of seagulls on the wharf illuminated by the evening sun. 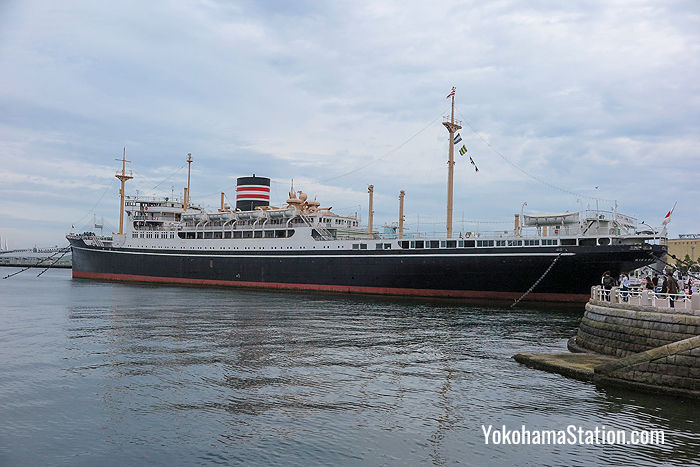 Nearby there is a large ship which is permanently docked beside Yamashita Park. This is the Hikawa Maru, a historic luxury passenger liner which travelled between Japan and the USA, crossing the Pacific 254 times between 1929 and 1960. Now a museum ship, it costs just 300 yen to explore the decks and the preserved interiors. 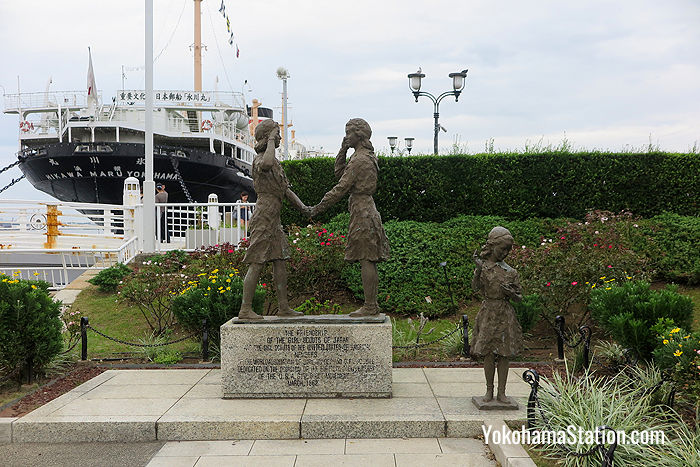 Just in front of the Hikawa Maru is the Girl Scout Statue which commemorates the friendship between the girl scouts of Japan and the USA. This was erected on the occasion of the 50th anniversary of the founding of the Girl Scouts movement in the US. 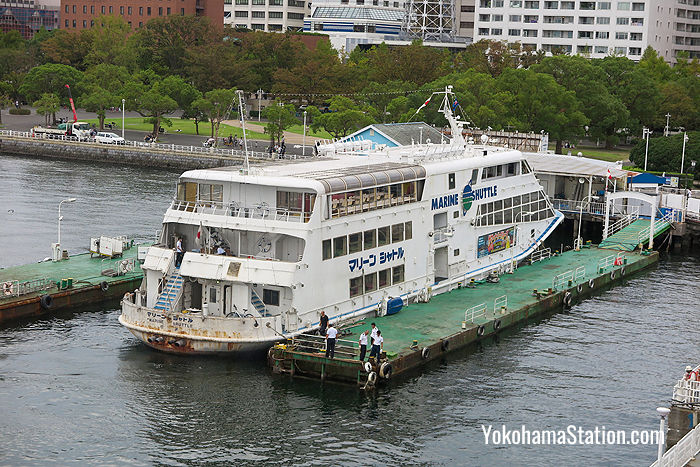 Just beside the Hikawa Maru is a sightseeing cruise terminal where you can buy tickets and board cruise boats such as the Marine Shuttle which will take you on a breezy tour of Yokohama Bay, or take the Sea Bass water bus service which connects Yamashita Park with the Akarenga Pier, Minato Mirai 21, and Yokohama Station. 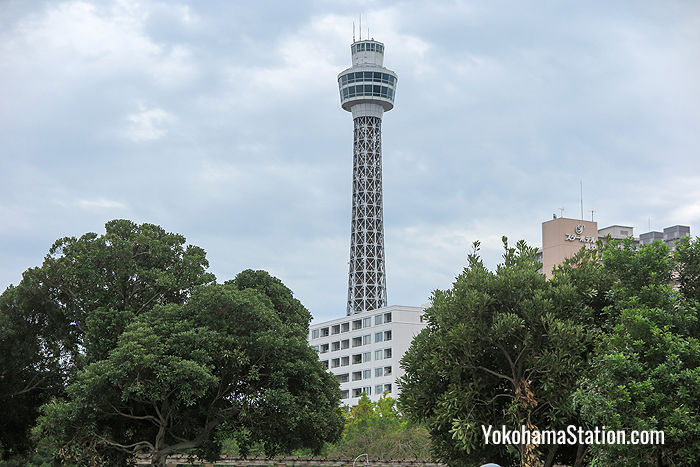 Yokohama Marine Tower is a 106 meter-high observation tower which can be clearly seen from all parts of the park. This tower was erected in 1961 to celebrate the 100th anniversary of the opening of Yokohama Port. There is an observation deck on the 30th floor which has made it a popular tourist attraction. However, the tower has been closed for renovation since 2019 and is not scheduled to open again until March 31st 2022.

Yamashita Park is a public park and completely free to enter. The nearest stations to Yamashita Park are Nihon-Odori Station on the Minatomirai Subway Line which is a 5 minute walk from the northern end of the park, and Motomachi-Chukagai Station on the same line which is a 2 minute-walk from the southern end of the park. Here is a map showing the park’s location.

At the northern end of the park there is a 500 meter-long pedestrian boardwalk called the Yamashita Rinkosen Promenade which links Yamashita Park with the Osanbashi Pier and the Akarenga (Red Brick Warehouse) commercial complex in the Minato Mirai area. This pleasant waterfront promenade is named after the Rinko Line, an elevated railway freight line that formerly ran through this area.