The Minatomirai Line is a private subway line in Yokohama that runs between Yokohama Station and Motomachi-Chukagai Station. It provides a swift connection between the major transportation hub of Yokohama Station and the main sightseeing destinations of the Minato Mirai seafront district, Motomachi Shopping Street, Yokohama Chinatown, and the old Western residences of the Yamate district. 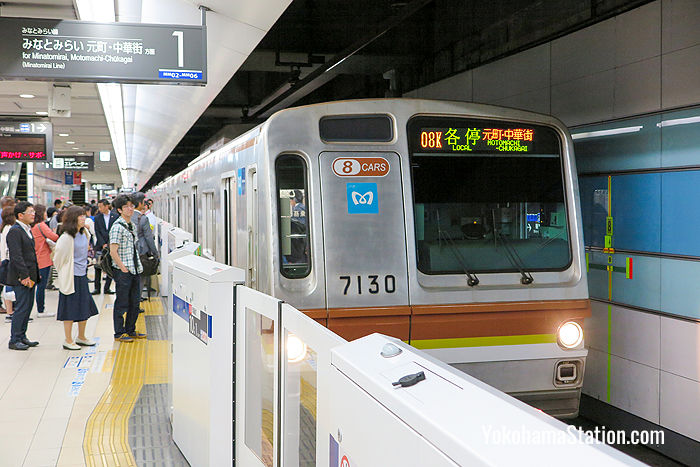 A local train bound for Motomachi-Chukagai Station at Yokohama Station 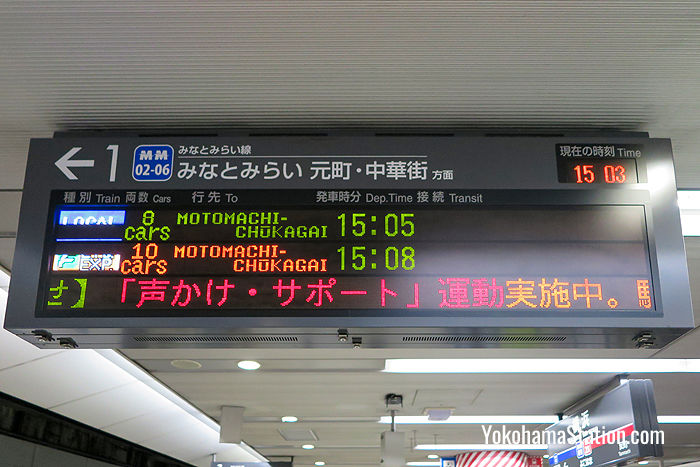 There are just six stations on the Minatomirai Line. 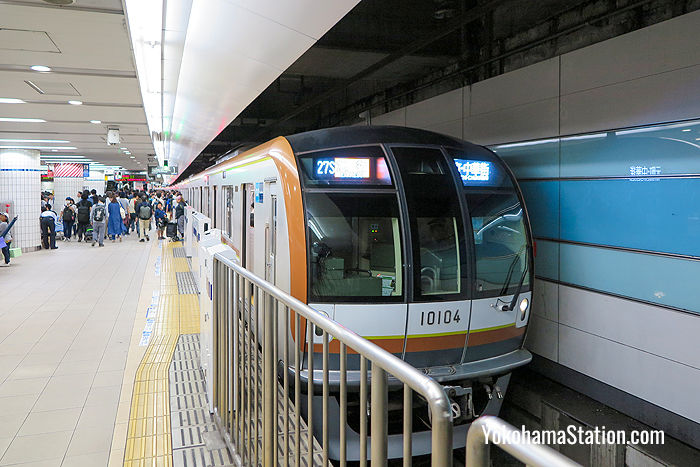 An Express train bound for Motomachi-Chukagai Station at Yokohama Station

Yokohama Anpanman Children’s Museum is a 4 minute walk from this station. The museum is dedicated to the children’s picture book and anime series which features a superhero with a sweet roll filled with bean-jam for his head. This museum is a great attraction for small children with a theater, play areas with slides, and costumed characters that they can meet in person.

Exit here for the Minato Mirai seafront district. Here you can find diverse attractions such as Yokohama Landmark Tower with its observation deck on the 69th floor, Yokohama Museum of Art which exhibits major works by both Japanese and international artists such as Brancusi, Magritte, Picasso and Cezanne, and the Cosmoworld amusement park with its illuminated rides and Ferris wheel.

This station is convenient for Kanagawa Prefectural Museum of Cultural History which has exhibits ranging from prehistoric times to the modern day. Also nearby is the NYK Maritime Museum which exhibits many beautiful scale models of the ships that have sailed from Yokohama. This station is also an 8 minute walk from the Akarenga Soko (Red Brick Warehouse) shopping complex which is housed in two historic former customs buildings.

This station is convenient for the pleasant seafront recreation space of Yamashita Park and for the Yokohama Archives of History which houses a museum telling the story of Yokohama’s history as an international seaport in the modern era.

This station serves Yokohama’s most iconic sightseeing areas. Yokohama Chinatown is Japan’s largest (and possibly liveliest) Chinatown and is packed with colorful Chinese stores and restaurants. Motomachi Shopping Street is a stylish and cosmopolitan area with Western-style architecture, bakeries, cafes, and fashion boutiques. The Yamate district is a large area with many historic foreign residences, gardens, and parks, many of which are open to the public for free. 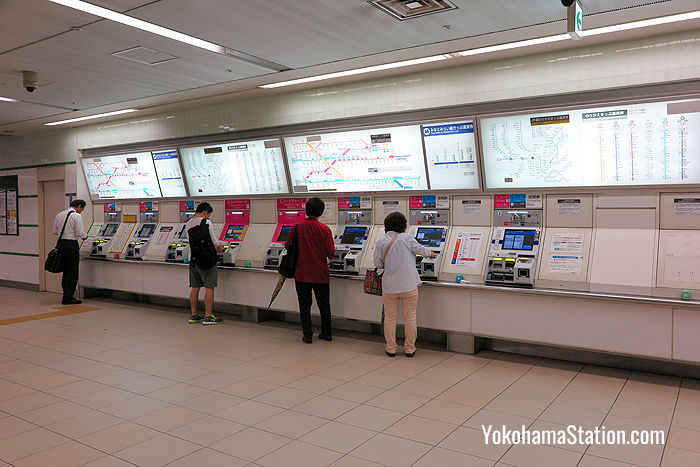 This line is operated by the private company Yokohama Minatomirai Railway and so it is not covered by the Japan Rail Pass. Tickets can be bought from ticket machines outside the ticket gates at all stations. There are fare charts showing destinations in English and Japanese above the ticket machines. 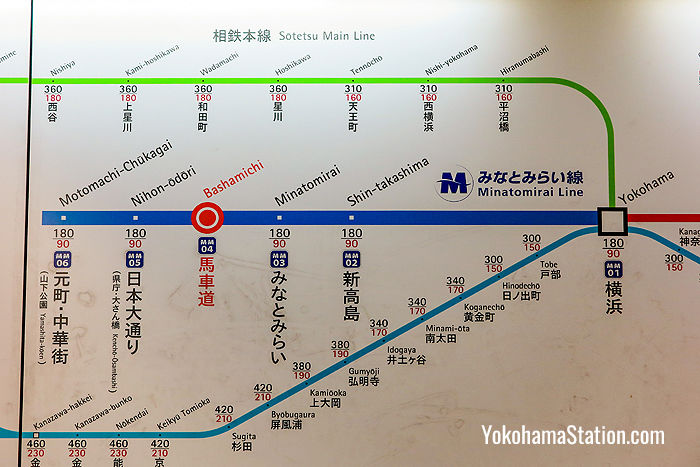 A fare chart at Bashamichi Station

The ticket machines are easily operated using touch screens which have language options in English, Chinese, Korean, French, and Spanish. 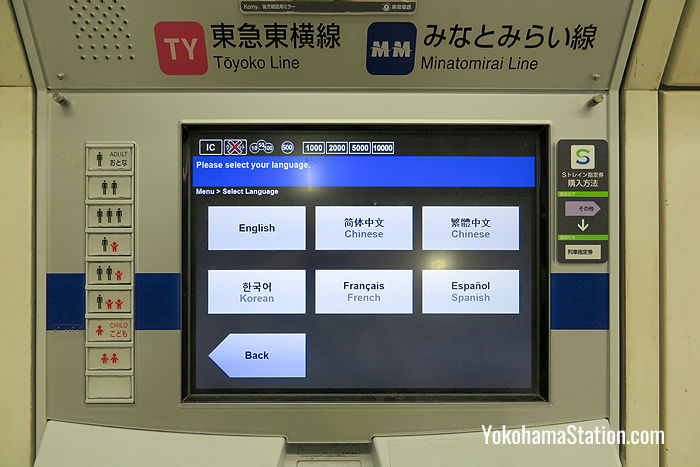 The Minatomirai Line accepts prepaid IC cards such as PASMO or SUICA. IC cards can be recharged at the ticket machines and PASMO cards can also be bought from them. The advantage of these cards is that you do not need to buy separate tickets when moving between different lines, and the fares are also slightly cheaper than for regular tickets.

For more detailed information on this route with station maps, timetables, and fare charts please visit the official English language Minatomirai Line website. To plan a journey on this and other lines we recommend English language route finders like the Japan Transit Planner or Hyperdia.